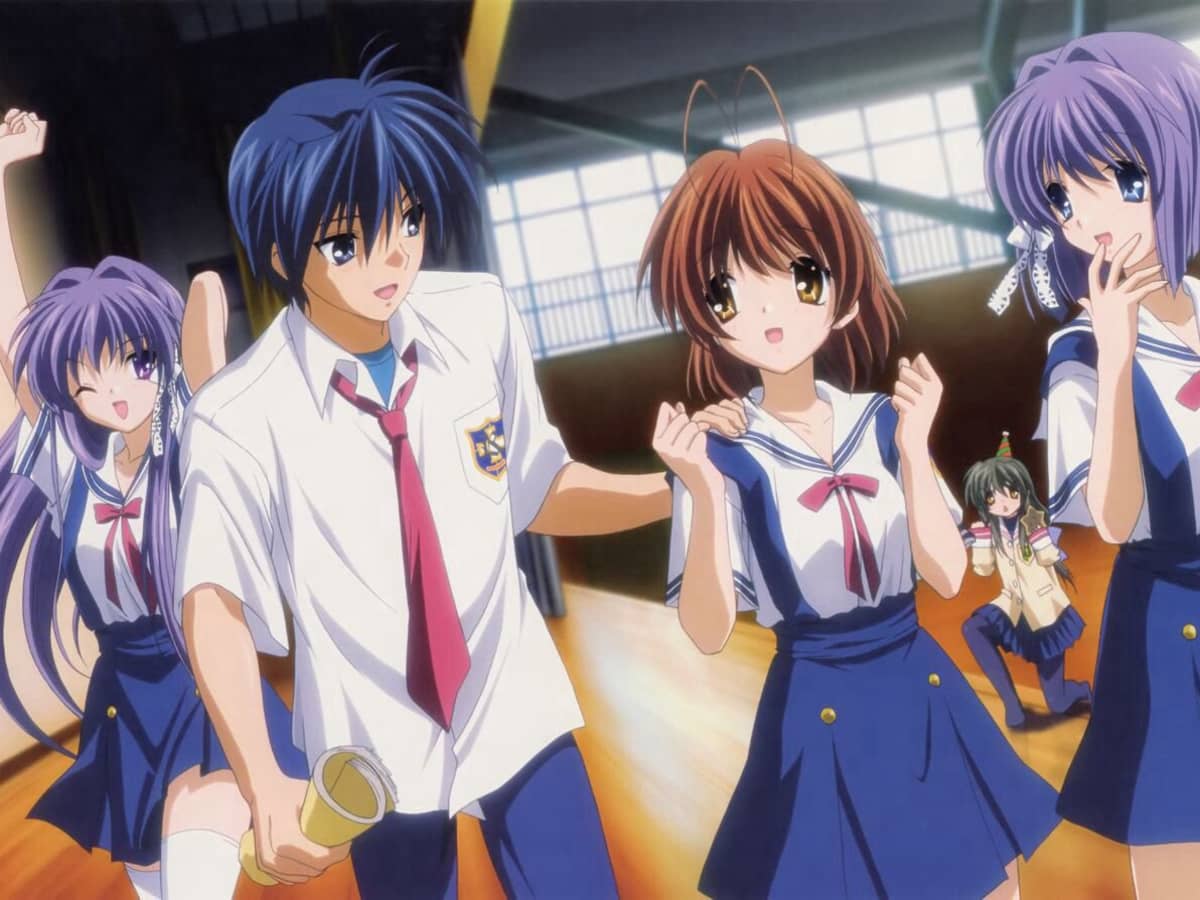 “What if we don’t get to see him?” I asked Chance as we sat on put seat in the plane. It was Angelou’s coronation and we booked a flight to Luxembourg. Even though it was late, I still wanted Angelou to know how I felt about him.

These past two weeks has been hell for me. All the guys was thinking was dealing with Shayne and they succeeded in dumping her on a mountain. The poor girl is scared or height.

“since he isn’t allowed to use his phone and we weren’t invited, we have to sneak in”

“How do we get to him then? The palace must be very big”

“There’s going to be a way, just believe”

I inhaled and fell back to my chair. This is going to be difficult, I just hope Angelou listens to me.

“and Lancelot’s cousin” I added

“I don’t plan on taking him away, I want him to accept his responsibility”

“Then you shouldn’t be going”

I breathed in deeply “I don’t know Chance, I truly love him even though I wasn’t willing to admit it”

“Are you now willing to admit it?”

“it’s of no use, I didn’t realize it until he left”

We arrived the Grand palace Ducal in Luxembourg and the place was dope.

The palace was strictly guarded with uniformed men and there was no entry without an invitation.

“if you’re caught jumping the palace fence, you get killed, even Angelou won’t save is from that” Chance said

He thought for a while then pointed to a truck “you see that truck over there?”

I nodded then we ran to the parked truck

“we’ll hide in the bags”

He pushed me into the trunk then also climbe-d in and we hid between the bags.

We stayed in there for minutes but the truck wasn’t moving.

“sure this truck didn’t break down?”

“we’ll have to offload the truck” someone yelled from outside

“Calm down” Chance said then they started removing the bags

“it’s starting” the driver yelled and the engine started

“Thank God! They would think we’re thieves or imposters”

The truck cruised into the gate and [email protected]£ to a halt after few minutes.

I smacked his head and he yelped in pain “what do you mean by you don’t know? You brought the idea”

“right” I rolled my eyes and proceeded to get out

“what are you doing?”

“watch me” I replied and jumped out

“there’s no one here now get out”

He jumped out with a grin “our lucky day”

I looked around and my eyes drifted to Angelou who was walking towards us with a girl. I ba-rely recognized him cause he was dressed in a royal regalia and a crown. He was indeed a prince, a richly fine prince. And the girl beside him was the missing princess, his betrothed. She was so beautiful in her long flowing go-wn and her hair was long to her [email protected]!st with a tiara. I envied her cause she got everything that I had to live without.

Angelou didn’t take his eyes off me as they walked with their hands entwined, my heart was breaking and ripping [email protected]

Two guards seized us from behind but Angelou signalled them to re-lease us and they obeyed. He told them to excuse us including his little princess and they all did, leaving just the three of us.

“what are you doing here and how did you get in?” he asked once we were alone

“am just worried about you guys, you know the punishment if you’re seen”

All those while, Angelou didn’t act like I was there. I was totally left out.

“Thanks but you can’t move about”

“I know maybe you should hide us” Chance said and a lot of things was going through my mind at that time.

Just two weeks and Angelou no longer cares about me, he’ve learnt to live without me and I have to live with that. My risk going to Luxembourg was a waste and if I get caught, I’ll die in vain.

Chance nudged me with his elbow zoning me back to reality and I realized Angelou was leading us to wherever it was he was leading us.

We followed behind till we got to a stair then we climbe-d up leading us to a balcony. He pushed the door open to reveal a big be-droom that was as big as my entire house (exaggeration).

“Is this your room?” Chance asked in bewilderment

Life as royalty is lit.

An entire stair for just one room.

“You plan on locking us in here?”

I was going to stay here while another girl is being given to him like, his wife.

“sort yourself out” Angelou said and made for the door again

“wrong door” Angelou said “take the door at you right”

“Thanks” he entered the bathroom and shut the door

I was left alone with Angelou, exactly what Chance wanted. He wasn’t really pressed and he didn’t have anything to show Angelou.

I moved my f!ngersnervously not knowing what to say nor do. My eyes were shut but I could tell that Angelou was staring at me.

“why are you here?” he suddenly asked and I fluttered my eyes open to see him peering into my eyes just as I thought

“Why are you here?” he repeated when I wasn’t saying anything

“I don’t know” I replied

“Congratulations on your victory in NYN” he said

“it wasn’t a personal competition”

A brief silence fell as we stared at each other, looking for the best way to start.

“Am nervous” I agreed and sniffled

“why are you crying?”

“You shouldn’t be here”

“I know but I couldn’t help it, I wanted to…” I st©pped myself “never mind, it’s too late already”

He got up and strolled to where I was sitting then he squatted before me.

I stared into his eyes and a drop slid down my cheek but he wiped it with his thumb.

“you too” he wiped his tears “you shouldn’t be crying, it’s your happy day”

“there’s nothing happy about today”

I gave a wry smile and another tear escaped my eyes

“you can’t cry in my palace”

“would you had loved me if you knew?” he asked and this time tears [email protected]£ rolling down my cheeks

“One more tear and am going to k!ssyou” he threatened and wiped my tears again

I smiled and cried more then he k!$$£d me. Just what I wanted.

“Am going to cry more” I said when he unlocked from the k!ss

“am serious, I took this risk to tell you that I love you even… ”

he yanked me to him and covered my mouth with his in a hungry k!ss. I responded immediately, surprising myself. His mouth was so warm, the caress of hisl-ips softer than I could have imagined. He tasted tentatively with his ton-gue, and I opened her mouth with a low [email protected] as he wrapped his arms around my [email protected]!st.

“Be my queen” he said into the k!ss

“what about your father and the tradition?”

“I don’t mind eloping with you, I don’t care about the kingdom. It’s you Kelanie, just be my queen even if you have to reign only in my heart”

“I’ll be your queen if you’ll be my king”

He chuckled “it’s that a yes?”

I stood before Angelou’s father, the Grand Duke of Luxembourg with my f!ngers£ntwined with Angelou’s. Angelou summed up courage and told his father he didn’t want to marry the princess and threatened to elope if they insists he marries the princess.

“Xeric” his dad called [email protected] glances from me to Angelou

“Two years I searched for you, and now I’ve found you, you want to run away again?” he yelled

“am not running father, am going to accept my duty as a prince if you crown Kelanie as my princess”

“instead of Princess Stephanie?”

“That the marriage has been called off”

“That’s impossible” he yelled and I trembled in fear

“Quiet” The Duke raised his hand “Kelanie, if you’ll make my son to accept his duty and being f0rç£d, then who am I to refuse”

“I’ll talk to the Earl, he wasn’t interested in the marriage either”

“Thank you so much father”

Angelou bowed and I did same then we ran out to his room.

“Death by electrocution” I replied with a grin

“I love you” Angelou said and k!$$£d me right in front of Chance

“am here” Chance yelled and we laughed

“I don’t care about them”

“I’ll give myself to you”

“it’s not done that way”

“We can’t fight. Am going to be a Duke and my wife ought to be obe-dient now call your parents”

I smiled as a tiara was placed on my head. I was dressed like a princess and my dream Prince Charming was beside me. Mum and dad were pres£nt, I had to forgive them cause ‘My Husband’ asked me to. Lancelot was happy for us and so was Stephanie to our surprise.

Angelou had suggested a wedding but I refused. We have to finish high school first.

“What are you thinking about?” Angelou asked me as we sat down

“We ended up together, it’s a surprise”

“I know but it’s the best surprise ever”

“not again my Princess no again”

I smiled and gave his hand a warm squee-ze

“not in front of this crowd”

“we aren’t married and everyone’s watching including our parents”